Do You Want Fries with That?

So it follows that nothing says riding in the rain like a big Costco-sized bottle of ketchup-turned buddy flap (mud flap)! 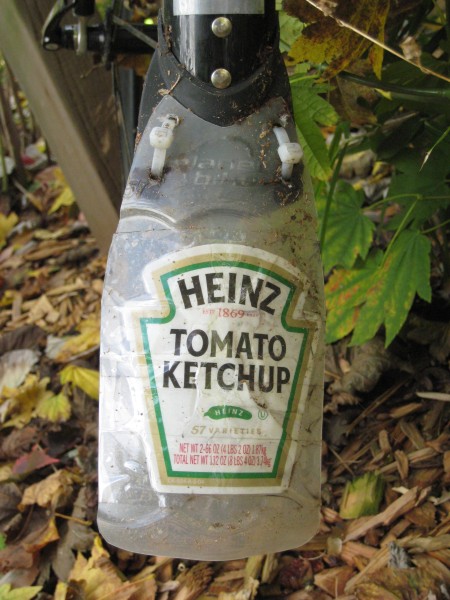 I had big plans to make some fancy Rivendell-style tweed/leather mudflaps, but I went back to my reuse roots. Once I saw the flap-goodness embodied in that giant old ketchup bottle, I don’t know, I just couldn’t sit idly as it was sentenced to the big recycling tub.

Really, it’s win-win: I kept the bottle out of the waste stream for its highest-best use, people riding behind me get a good laugh instead of muddy spray to the face, my bike stays cleaner, and I get to show off some bitchin’ fast-food style.

Here’s how it looks on the bike:

Some good fender resources include:

7 responses to “Do You Want Fries with That?”